It was a little over a year ago when I first met Polina Selyutin.

She reached out via the contact form on I Want Her Job, saying she was interested in launching a podcast focusing on women in careers. Through research, she came across the site, and what came next I immediately loved. “Luckily I found your site!” she said. “I would like to start a podcast, similar to your website, and interview women about their careers … I’ve already spent hours reviewing the different articles I Want Her Job. Would you be interested in adding a podcast feature to your site?”

She closed out her message by saying, “Congratulations on your website. I believe deeply in its value to help women explore their career options and to connect with one another.”

When I finished reading I was floored by Polina’s email. After experiencing a string of copycats since launching in 2010, I deeply appreciated the fact that she saw there was a site already in the space she wanted to join, and instead of launching something new she reached out to join us. That was my wish for every other site using a variation on our federally registered mark—don’t copy. If you truly believe in women helping women, then reach out to work together. (Duh!)

Further, the last line of her email sticks with me to this day. Her thoughtful, carefully selected words showed that she understood our ethos. She was one of those women who just got it, and I knew I wanted her on our team.

But the more I sat and thought through her email and what it was saying—launch a podcast—truthfully, the more scared I thought. It is difficult enough to carve out time to run the editorial and business side of the site, and launching a podcast felt, to me, like giving birth to another digital baby. I was uncertain, because if I couldn’t give the project 100%, then I wasn’t sure it should be launched.

I said something similar to Polina, and what happened next further cemented that I wanted to work with her. She pushed back, sent me research on why it was so important to launch a podcast and said that she understood my point of view, but really believed there was value here.

I let this email percolate and then after a conversation with my podcast-obsessed husband who agreed with Polina, I decided to take a chance. Although it was a space I was admittedly unfamiliar with, Polina knew what she was talking about and I grew very excited to work together.

Now, Polina serves as the host and editor of I Want Her Job: The Podcast. And 25 episodes in, we thought it was due time to celebrate taking a risk that paid off. (Though not literally, just yet … Shameless Plug: If you or your company would like to sponsor an episode email us here.)

We hope you will check out our top five most-downloaded episodes below. Believe us, they make for a great listen on your daily commute and helps the trip go by fast. If you like what you hear, please subscribe and leave a review on iTunes. And, if you have a show idea or thoughts on a future guest you’d like to hear from, drop us an email.

Finally, if there’s an opportunity that pops up in your life to take a chance, do it. You never know where it will lead if you never try. 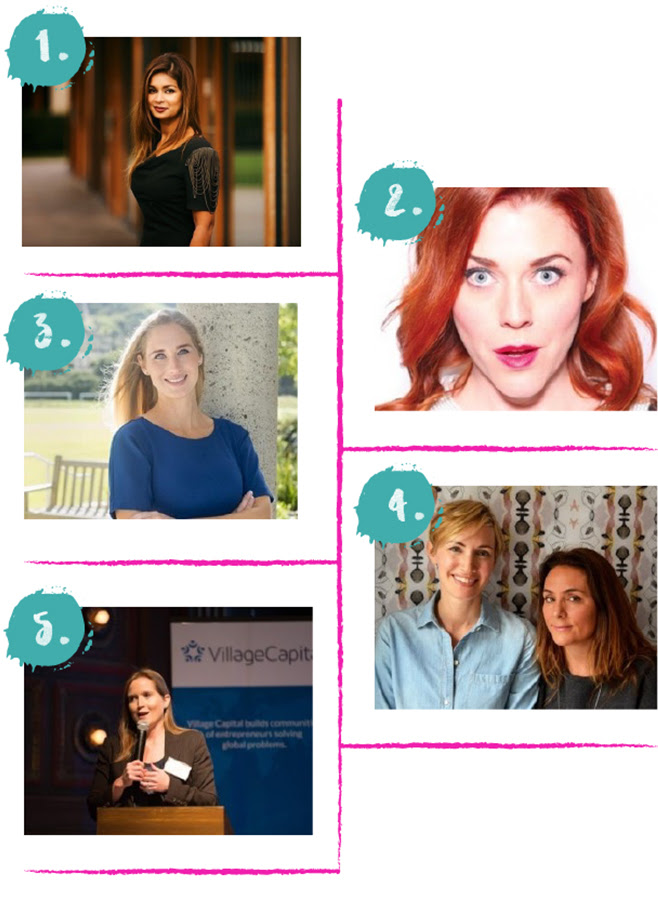 As an engineering lead for Microsoft, Dona Sarkar has the opportunity to create technology we all use. Case in point: HoloLens, the first fully untethered, holographic computer that enables hi-definition holograms to integrate with your world.
MORE HERE

Alisha Gaddis is not only an Emmy-winning actress, but along with her husband, Lucky Diaz, the two are the first Americans ever to win a Latin Grammy in the children’s category for their music in Lucky Diaz and the Family Jam Band.
MORE HERE

Jessica Jackson Sloan is the youngest-ever elected official in the city of Mill Valley, California. She also serves as national director of #cut50, a bipartisan initiative to cut the prison population in the United States by half within the next 10 years.
MORE HERE

Victoria Fram serves as managing director of impact investing firm Village Capital, an organization that believes in creating opportunities at a local level for entrepreneurs in underserved markets.
MORE HERE